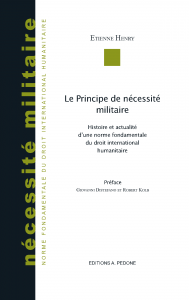 Etienne HENRY holds a PhD in law from the University of Neuchâtel. Currently he is undertaking a postdoctoral research project funded by the Swiss National Science Foundation. He has recently been a visiting researcher at the Geneva Academy of International Humanitarian Law and Human Rights, the Free University of Brussels (ULB), and the College of Law of Australian National University in Canberra. Most of the research and writing of this book was realised when he worked as teaching and research assistant and lecturer for the Chair of Public International Law at the University of Neuchâtel.

This book aims to analyse the scope of the principle of military necessity, mainly through the scrutiny of treaty sources and international practice. The richness of the examined materials attests to the positivity of the principle, the scope of which is to prohibit all belligerent acts that are not strictly necessary in order to reach a legitimate military advantage.

This prohibitive function can be observed very early in the evolutionary process of the law of war. Contrary to a commonly shared belief, the principle of military necessity is devoid of any derogatory function. It should therefore be distinguished from the notion of the state of necessity which relates to the law of responsibility, either “civil”, or criminal. Despite some ephemeral resurgences, especially in the context of the ill-termed “global war against terror”, the doctrine of the “reason of war”, or Kriegsraison, was never broadly accepted.

The systematic analysis of the relations between international humanitarian law and other branches of international and domestic law leads to the refutation of the theories that confer to the notion of military necessity the faculty to act as a source of legal authority for the belligerents. As a consequence, the old critique that reproaches the law of armed conflict to act as a factor of legitimation of violence is partly misplaced.

Until the end of the 19th century, the principle of military necessity has played a central role in the framework of a legal system made of primarily of unwritten customary law and marked by a lack of legal certainty. In the present context, characterized by a largely codified law, the principle finds its expression especially through numerous specific rules. Beyond these, its precise scope is subject to debate, in particular in regards to the controversial practice of targeted killing. There are numerous arguments arguing in favour of an autonomous application of the principle that would have the effect of banning any practice that proves militarily unnecessary, even in the absence of explicit special rules. 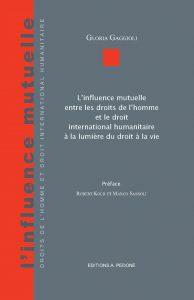 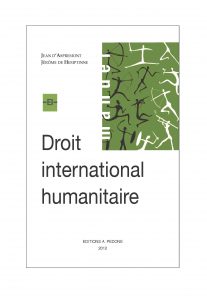 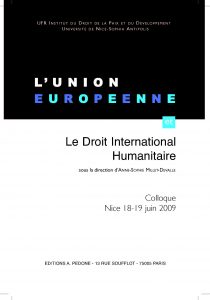 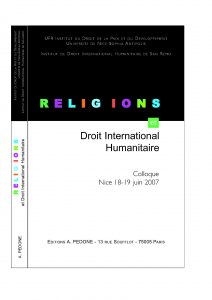